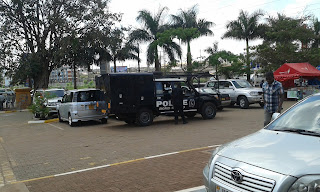 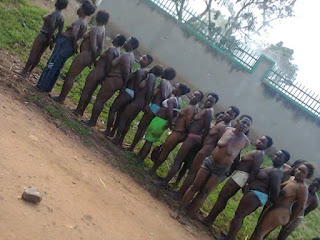 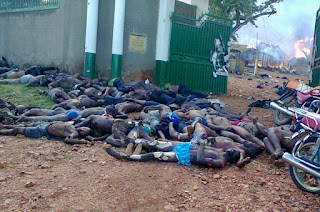 
KAMPALA. They arrived at Nakawa Magistrate’s Court at intervals of roughly 15 minutes, chauffeured in police pick-ups with armed guards on the back of the trucks.
In yesterday’s sweltering afternoon heat, businessman Matthew Kanyamunyu looked dapper in a well-pressed suit, open-collar shirt and his trademark spectacles.
His 26-year-old girlfriend, Ms Cynthia Munwangari, the first to reach the temple of justice, was styled in a designer pink blouse neatly tucked in black pants.
Unlike typical suspects straight out of grimy police cells, she carried two bags of personal effects and a jacket.
She took giant, graceful steps across the court premises and continuously flashed calming smiles, exposing a set of snowy teeth.
In goods times, love united them. Now the duo is bound by fate that, together with the broad-shouldered Joseph Kanyamunyu, 40, they allegedly killed child rights activist Kenneth Akena.
Mr Matthew Kanyamunyu and his girlfriend were arrested shortly after Akena was shot around Lugogo, a city suburb, on November 12, 2016.
They were mid-last week split while in custody at Jinja Road Police Station, with Ms Munwangari, a Burundian national, relocated to the Special Investigations Unit (SIU) headquarters in Kireka, outside Kampala.
When they met for the first time in days yesterday, the love sparked to the consternation of onlookers. They hugged, kissed and cavorted. Other suspects in the court holding cell stared with observable envy.
Outside, prying police, many brandishing AK-47 assault rifles, maintained a heavy presence.
Shortly afterward, the Kanyamunyu brothers emerged from the holding cell, handcuffed to one another. Ms Munwangari wasn’t.
They smiled as a battery of journalists clicked away on their cameras. Mr Matthew Kanyamunyu even inside the courtroom kept patting his girlfriend on the upper back and she replied with loving gazes and a beam. And at one point, as they chatted, they could be spotted slapping their palms in a gesture of high-five greeting.
Relatives of Akena too were in court, mostly pensive. “At least, this is a good start for justice,” one of them remarked after declining on-the-record interview with this newspaper.
Prosecution alleges that on November 12, this year, Matthew, Munwangari, Joseph and other accomplices still at large, while on Kampala-Jinja highway near Malik Car Bond, opposite Uganda Manufacturers Association offices, in Nakawa Division, “with malice aforethought [they] caused the death of Kenneth Akena”.
The trio was charged with murder, an offence for which the maximum penalty is a death sentence. They, however, appeared unfazed or at least masked it well.
State Attorney Ann Ntimba promptly informed court that investigations into the case were still incomplete.
That was it. With a magistrate’s court lacking jurisdiction to hear capital offences, presiding magistrate Noah Sajjabi remanded the suspects to Luzira prison until December 6, when they will reappear for mention of their case.
There will be no bliss or special treatment for them behind the tall wall, according to prison authorities.
“They are ordinary murder suspects and they will be kept as such because they are not a security threat,” said Mr Frank Baine, the Uganda Prisons Service spokesman.
Yesterday was a culmination of a long, winding investigation that polarised public opinion, rendered detectives to accusations of compromise or incompetence from either side. Separately, the suspects’ relatives questioned why the rights of their dear ones were being violated by keeping them in police custody beyond the 48-hour threshold.
Their lawyers, Mr Ivan Kyateeka and Ms Grace Karuhanga, did not even address yesterday’s packed court during an afternoon session that lasted about five minutes.
After court rise, prison warders took charge, shackling the brothers and leading them, together with Ms Munwangari, into the Uganda Prisons Service bus for their onward journey for their first night at Luzira prisons, also known by the moniker ‘university of understanding’.
What next for the Kanyamunyus
After spending 10 days in police detention over the November 12 shooting at Lugogo, suspects Matthew Kanyamunyu and his girlfriend Cynthia Munwangari were yesterday finally charged with the murder of children rights activist Kenneth Akena.
His brother Joseph Kanyamunyu, who was belatedly placed under investigation but without being detained, was also added on the indictment sheet.
They were charged before Nakawa Chief Magistrate’s Court although murder is a capital offence only tried by the High Court. This means the Kanyamunyus and Ms Munwangari will be appearing in Nakawa Magistrate’s Court only for mention of their case until completion of the investigations when they can be committed to the High Court for trial and apply for bail.
Remand period
Murder being a capital offence, the suspects are likely to spend the mandatory six months or 180 days on remand before they can apply for bail in the High Court. Under the Uganda laws, people accused of capital offences such as murder, rape, treason and aggravated robbery spend a mandatory 180 days on remand unless they prove exceptional circumstances of grave illness or advanced age.
In the current murder case, all the three suspects are aged 40 and below. Under the law, to be considered of advanced age one should be 50 years and above, old.
This leaves grave illness as the most probable ground for the Kanyamunyus to be released on bail in the High Court earlier than the 180 days.
Kanyamunyu’s brother released on police bond

KAMPALA. Police have released one of Matthew Kanyamunyu’s brothers as detectives continue with the investigation to establish whether Moses Kanyamunyu has links to the murder of Kenneth Akena.

Mr Emilian Kayima said Moses is not yet off the hook and the police bond he has been given has stringent measures.“Investigations of his link to the crime are ongoing. When we are done, we shall summon him back to the police,” Mr Kayima said. Moses Kanyamunyu and Joseph Kanyamunyu were arrested on Thursday night in connection to the Lugogo shooting. It is alleged that Matthew handed over the killer gun to his brothers when they visited him at Nakasero Hospital. Moses and Joseph deny the allegations. Detectives focused more on Joseph since he was the first person to arrive at Nakasero Hospital and then left. He is said to have returned later. 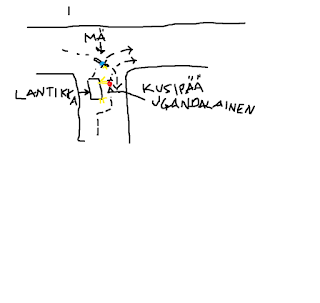 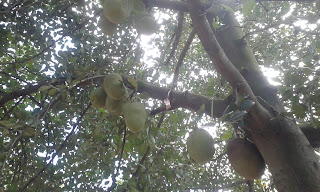 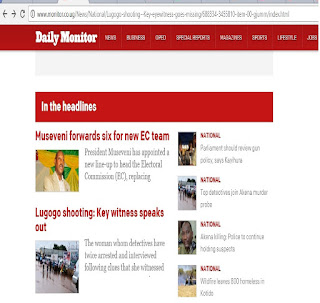 
Uganda's police said Tuesday they had nabbed a con man suspected of swindling a Polish weapons manufacturer into signing a bogus $120 million (about Shs428, 303,994,000) arms deal.
BMP Poland inked the multi-million dollar deal with the man, named as Sam Ssimbwa, who had presented himself to the company as an agent for Uganda's defence ministry, a police spokesman said.
Ssimbwa was taken into custody Thursday, Kampala Metropolitan spokesman, Mr Emillian Kayima said, adding that he and unnamed co-conspirators had already pocketed euros 520,000 (about Shs2 billion)"as part payment for consultancy fees regarding the transaction."
Ssimbwa and his associates, who have not been detained, designed an elaborate fraud including the creation of a fake public call for tender. 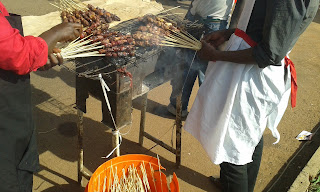 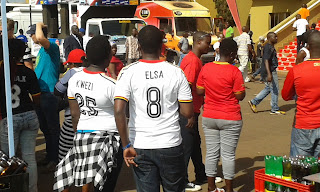 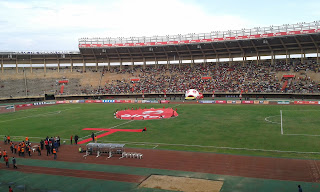 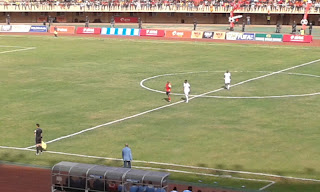 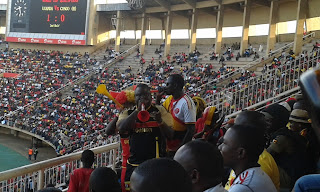 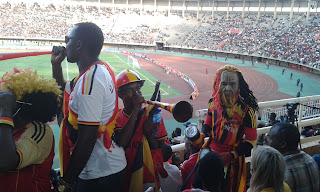 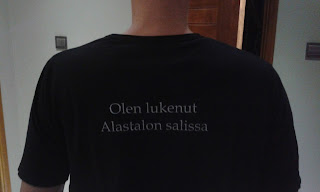 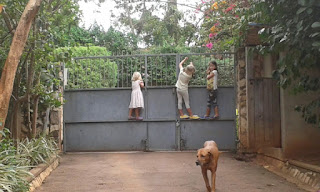 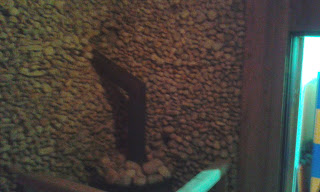 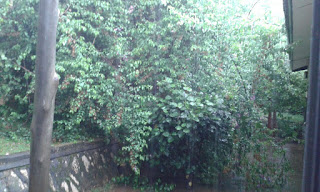 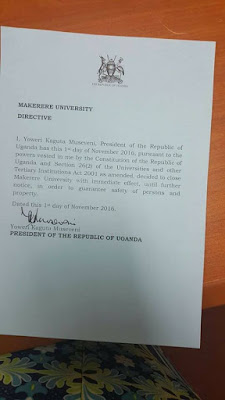 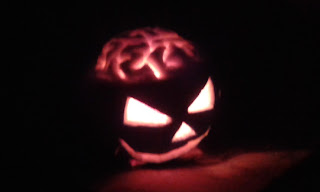 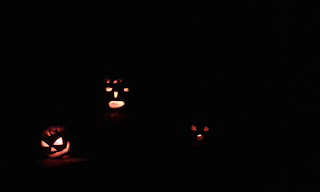